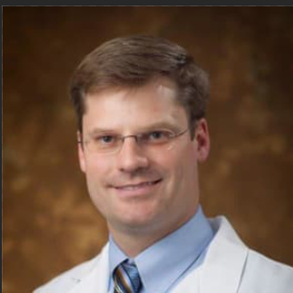 Learn about Philips Mechanical Thrombectomy, a powerfully simple device with no capital equipment

This webinar will provide attendees information on the effective utilization of intravascular imaging (IVUS) and Philips laser atherectomy as indicated for use in peripheral arterial disease interventions.

Strategies for success on effective utilization of interventional techniques to improve PAD outcomes.

IVUS is a critical part of every deep venous procedure and it plays an important role when treating post-thrombotic syndrome. IVUS will help you determine disease characteristics and vessel/stent sizing which can be missed by venogram.

The third segment of a five-part virtual series to help practitioners reduce rates of PAD-related amputation and improve quality of life through professional development and education.

Dr. Craig Walker, Dr. Chris LeSar, Dr. Sreekumar Madassery, and Dr. Timothy Yates discuss the State of the Art in PAD and CLI, the importance of telehealth during the COVID 19 Era, and discuss the important focus of quality of life in ...

Step Ahead- Defining definitive treatment: the role of balloons and stents

Looking for an opportunity to watch a previously recorded live case on deep venous disease? Watch here as the faculty discusses the best practices for treating patients and why IVUS plays a role in the diagnosis and treatment of deep venous disease.

Women’s Health Series; The venous practice and beyond: A comprehensive approach on the diagnosis of deep venous disease

The deep venous puzzle: IVUS is the essential piece webinar

Looking for an audible learning opportunity centered around deep venous disease? Listen as these educational objectives are addressed such as outlining treatment strategies and understanding the role IVUS plays in the diagnosis and treatment ...

Listen to Dr. Patrick Geraghty as he gives a brief synopsis on TOBA II BTK data for the Philips Tack endovascular system.

Managing the PAD & CLI patient with Dr. Adams and Dr. Mendes Session 2 - A Recipe for Success

Dr. Konstantinos Stavroulakis provides an example of imaging a high grade stenosis and calcium with intravascular ultrasound (IVUS) including plaque burden and geometry of plaque location.

This is a narrated video that provides an overview of the Phoenix Atherectomy System.

This video is a comprehensive review of the use of IVUS in EVAR with voiceover guidance from Dr. Michael Tuchek, D.O., F.A.C.S.

The QuickClear mechanical thrombectomy system is a simple solution that provides an all-in-one, single-use aspiration pump and catheter for peripheral arterial and venous cases.

In this video Dr. Patel outlines how to treat and manage patients in dialysis therapy as well as practical strategies and workflow during a procedure.

Foluso Fakorede, MD, explains that is important to take precautions and preventative measures as certain symptoms of PAD could be contributed to 'old age' but could lead to something much more serious.

A message to healthcare providers about PAD and PVD

Foluso Fakorede, MD believes it is important to screen patients with at risk factors, such as heart disease, tobacco use, high blood pressure, checking the feet etc.

My experience with Symphony Suite with Dr. Foluso Fakorede

Foluso Fakorede, MD, shares his thoughts on Symphony Suite and how it has benefited his practice and his community.

What is PAD with Dr. Foluso Fakorede

Foluso Fakorede, MD, explains what is PAD, peripheral arterial disease and how it effects more people than most are aware of.

Ann Bowie, a patient of Foluso Fakorede, MD, shares her story with PAD and how her painful symptoms kept her from living the type of life she wanted.

Watch a recorded case presentation with panel discussion from AMP. The discussion focuses on combining imaging and endovascular therapy into the CLI algorithm.

What does "See Clearly. Treat Optimally." Mean to You? with Bryan Fisher, MD

Bryan Fisher, MD, shares his thoughts on intravascular ultrasound and how it helps him "See Clearly. Treat Optimally."

How Does Philips Help you "Treat Optimally?"

George Adams, MD, explains why it is important to "Treat Optimally" in his practice. He believe Philips allows him to personalize care for each of his patients with the tools given to him.

What Does "See Clearly. Treat Optimally" Mean to You?

George Adams, MD, shares his thoughts on Philips motto of "See Clearly. Treat Optimally" and how he ties it into his daily practice.

Linda Amos, a patient of Foluso Fakorede, MD, shares her story of how she learned about her PAD from a health fair in her community of Cleveland, MS.

Foluso Fakorede, MD, explains that PAD is the most prevalent, chronic, deadly disease that most Americans have never heard about, while trying to spread awareness.

Christopher LeSar, MD, presents a case study with the Phoenix atherectomy system on a 76 year old woman who had 75% lesion in the superficial femoral system and then multi-level tibial obstructive disease with single vessel perineal artery runoff.

Stellarex is the only low-dose* drug-coated balloon (DCB) to demonstrate a significant treatment effect and high safety profile through 3 years in all patients—common to complex.

Back to life faster and healthier

With thousands of educational events around the world, Philips works with its partners to place a global spotlight on thrombosis as an urgent and growing health problem. Our goal is to focus attention on the often overlooked and misunderstood ...

What’s in your CLI toolkit?

Turbo-Power is indicated for laser atherectomy of de novo or restenotic lesions in native infrainguinal arteries and for the treatment of femoropopliteal artery in-stent restenosis (ISR) in bare nitinol stents, with adjunctive Percutaneous ...

Laser atherectomy vaporizes the restenotic tissue, effectively debulking the lesion, unlike mechanical tools that are ineffective in soft tissue.

This video illustrates the physics behind the mechanism of action of the AngioSculpt Scoring Balloon Catheter.

What is a Laser?

Dr. Craig Walker explains what a laser is and how it’s used in laser atherectomy procedures.

The innovative, safe and versatile solution for treating stenoses above and below the knee.

The Pioneer Plus IVUS-guided Re-entry Catheter from Philips Animation